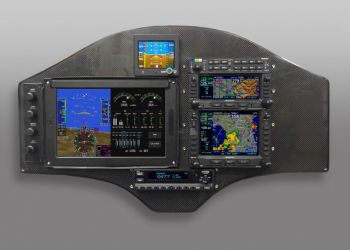 BendixKing, a business unit ofHoneywell (NYSE: HON), announced that the company will install its xVue Touch Integrated Flight Deck onto Pipistrel’s Alpha King training aircraft, which is available for sale at AirVenture with deliveries expected later this year. Designed specifically for trainer and experimental aircraft, xVue Touch is a versatile and intuitive cockpit solution with state-of-the-art technology that helps students learn to fly safely.

“We want to ensure that students and instructors can take advantage of all the advancements afforded by new technology while still delivering a high-quality aircraft, which makes the Alpha King an ideal solution for flight schools,” said Ivo Boscarol, founder and president, Pipistrel. “We recognize the unmatched value in BendixKing avionics, which enables us to offer an extremely cost-effective and affordable new generation of training aircraft and build upon our existing, ongoing relationship with Honeywell as a whole.”

“With the xVue Touch, we can help Pipistrel deliver advanced technologies while keeping flight schools’ operational costs low,” said Gregg Cohen, president, BendixKing. “Aspiring pilots can train using sophisticated technology that’s easy to use, enabling them to get their pilot licenses in significantly less time. Plus, our advanced flight deck is simple to maintain and lightweight, saving flight schools money in the long run.”

The xVue Touch can be customized and quickly installed to fit new aircraft or as a replacement for traditional mechanical instruments. The lightweight displays are panel-mounted and don’t have cooling fans or moving parts, making it easier and less costly to maintain over time.